On this Canada Day, Unifor demands that Bell follow the example set by Rogers, and bring all offshore customer service work back to Canada permanently.

At meetings in Ontario and Quebec, Bell employees greeted the new CEO’s welcome tour with a clear demand to stop outsourcing at the Canadian telecommunications giant.

In 2019, Bell announced plans to outsource completely the rural high-speed internet service installations covered under Wireless to the Home, work that should be done by unionized technicians, all while taking federal dollars to fund rural internet expansion.

This recent, massive contracting out follows decades of job erosion at Bell and its subsidiaries, but members are mobilizing to demand that Bell stop this practice, and bring back the work.

“Mirko Bibic launched a cross-country tour to hear from workers, and every step of the way the message from employees is clear. Bell, it’s time to change your tactics and respect your workers,” said Jerry Dias, Unifor National President. “As a new CEO, Bibic has an opportunity to enact the culture change that Bell so desperately needs. It’s time to stop contracting out good union jobs.”

The calls to bring back work on Wireless to the Home are echoed with demands to stop unnecessary contracting out.

Unifor Local 7 members at Bell MTS in Manitoba recently opened bargaining with a similar demand, fighting back as clerical jobs are outsourced to low-waged workers in Ontario and even off-shored to workers making poverty wages in the Philippines.

“Whether you work at a call centre or on telephone poles, Bell workers are worried about having a good job tomorrow, next week, or next year,” said Renaud Gagné, Unifor Quebec Director. “Generations of Canadians have built careers at this company, I hope Bibic heeds the call to make Bell Canada a good, union employer, not one that seeks to outsource to only pay the lowest possible wages.”

Following a recent shift in activism in Unifor Bell Canada and Bell-affiliated workplaces, members in Quebec take campaign planning to the members.

Do you live in Quebec? Then the Bell Real Talk campaign is coming to a local union near you!

Meetings are well attended, open spaces where rank-and-file members voice concerns with their working conditions, with Bell’s business decisions, and are together, planning for a new year of heightened advocacy and campaigning.

“These meetings have proven the deep determination telecommunications members to stake out and defend decent working conditions in the face of a company that increasingly tosses its employees aside to maximize profits,” said Renaud Gagné, Unifor Quebec Director.

The Bell Real Talk campaign was launched in 2019, to unite all Bell workers facing the company’s attempts to erode good jobs, and leave current employees behind in the shift to new technology.

The effects of these tactics, paired with the deeply unfair Stacked Ranking performance management system has resulted in widespread mental health concerns for employees of Bell Canada.

Unifor represents members all across Bell’s corporate structure, from installation and technicians, to sales and clerical workers.

“Unifor members at Bell are living through a strategic attempts to chip away at their working conditions and a denial of the intense stress of the job. Bell’s intentions are no secret, it’s been stated as such by DEO George Cope and next in line Mirko Bibic,” said Jerry Dias, Unifor National President. “They may agree on this plan, but that doesn’t means that Unifor members will accept it.”

To support Bell workers, sign up for updates at Bellrealtalk.ca, or sign the petition to demand that Cope reverse the wholesale outsourcing of Wireless to the Home installations.

Contact the Quebec or Canada member organizers to see how your telecommunications local can take action. 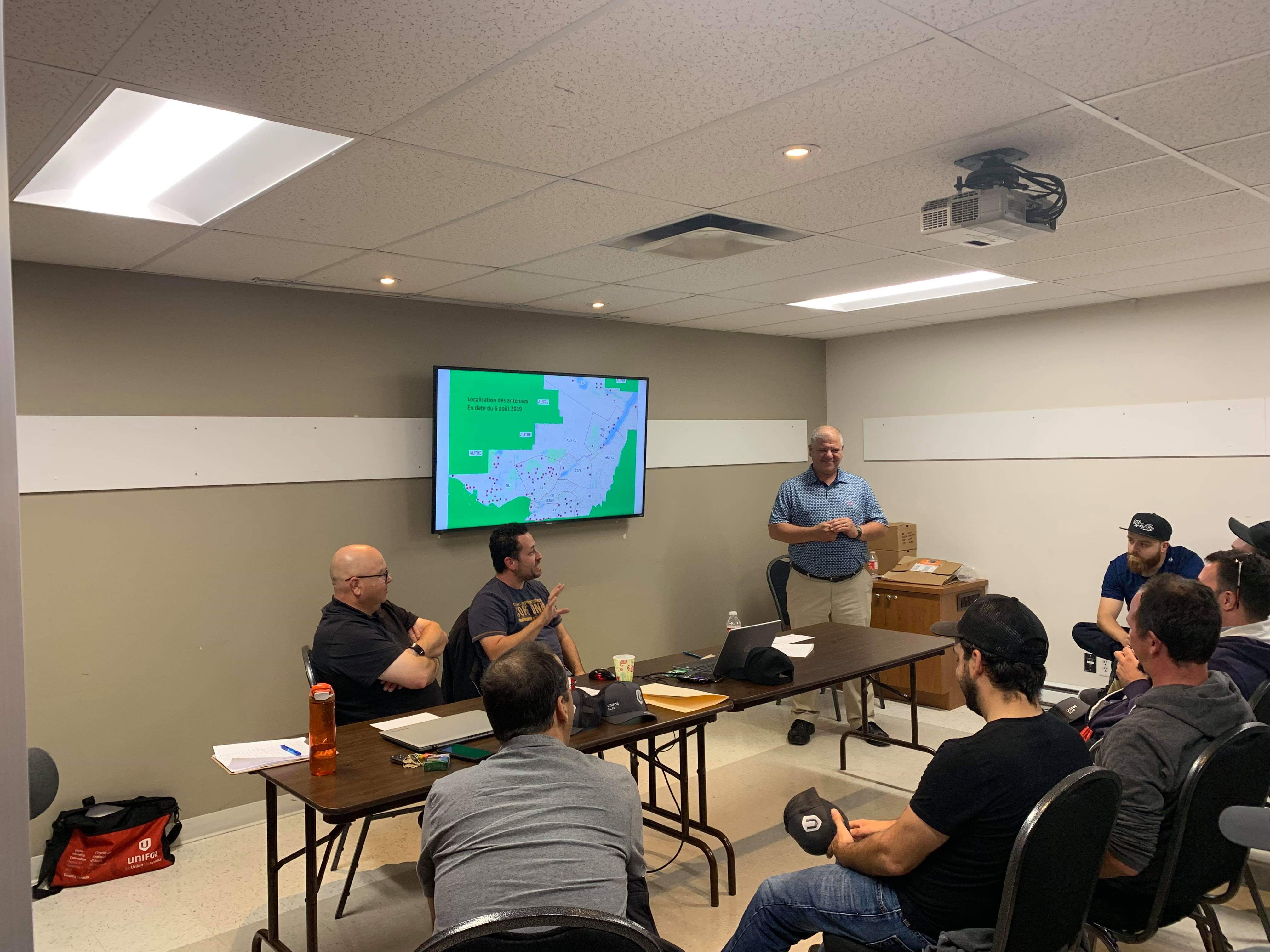 When a new telecommunications project is announced in your hometown, it should be good news for workers.

Bell’s Wireless to the Home rural internet service has been completely outsourced, meaning that Unifor member’s jobs are put at risk while their work is given to unaccountable, poorly paid contractors. 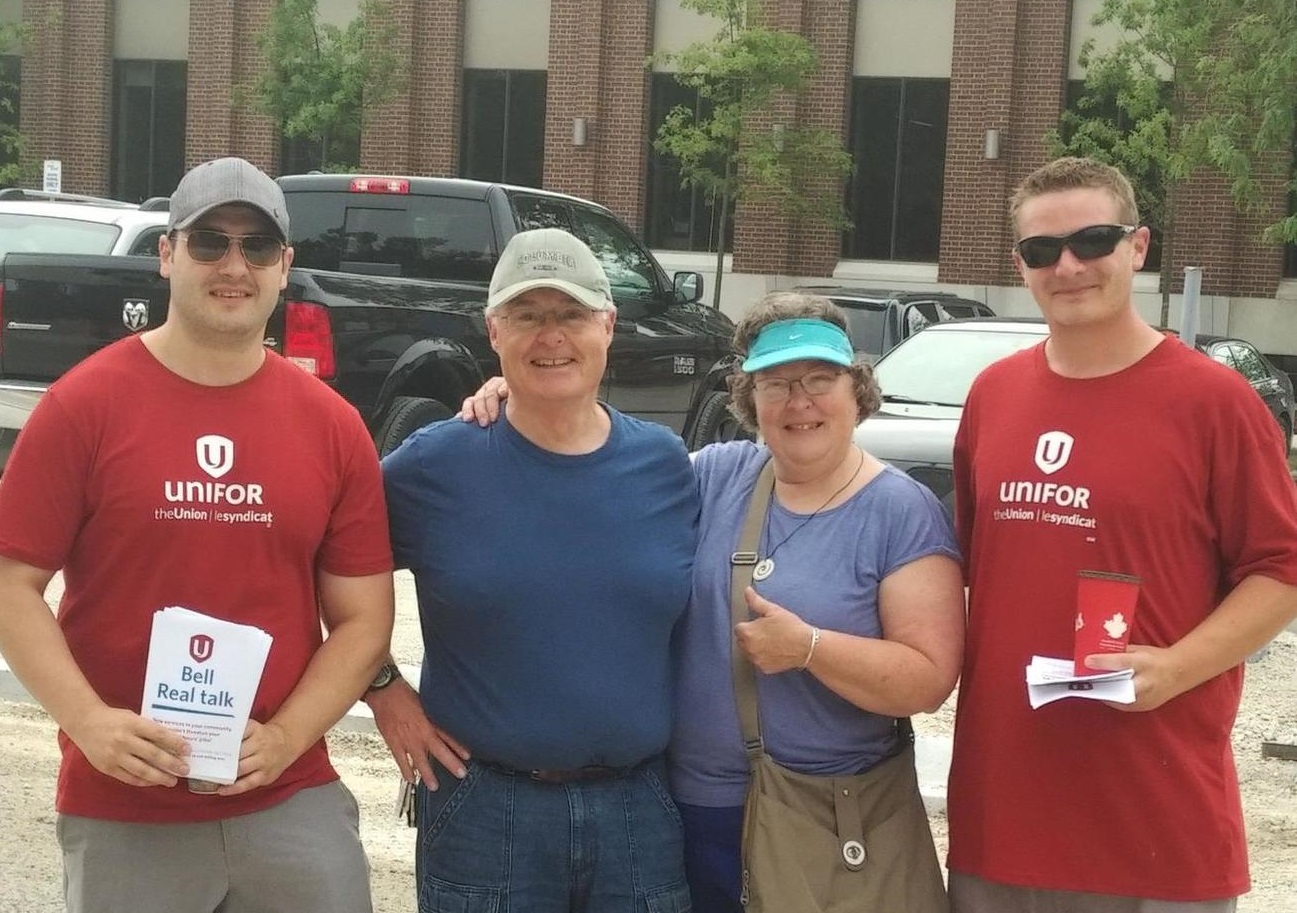